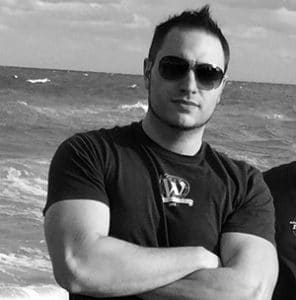 Zeek is proud to announce that Aaron Holbrook has joined the team as a PHP/MySQL WordPress web developer. In the past, the Zeek team has all been local to southern California. Aaron becomes the first to join us from his home in Chicago.

Aaron got our attention when we realized the talented developer several industry colleagues were raving about was also the same developer who co-created ElasticPress, the plugin we use to introduce Elasticsearch into our WordPress projects to replace its native search engine.

Aaron has been building websites since 1998, and discovered WordPress in the mid-00s. In the last five years alone, he has built and maintained websites for large companies around the world, has contributed to WordPress’ core development, and co-created ElasticPress. He has also spoken at WordCamps in Milwaukee, Chicago, Grand Rapids, Providence, Orlando, and Orange County, in addition to starting a WordPress meetup group locally and helping to organize WordCamp Chicago in 2013.

We can’t wait to see what we’re able to accomplish with Aaron in the years to come.